Who We Are Gavriel Salvendy, Ph.D., NAE 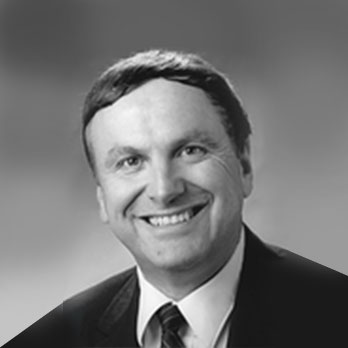 Gavriel Salvendy is a University Distinguished Professor at the College of Engineering and Computer Science at the University of Central Florida and founding president of the Academy of Science, Engineering, and Medicine of Florida. He is also professor emeritus of Industrial Engineering at Purdue University and Chair Professor Emeritus and Founding Head of the Department of Industrial Engineering at Tsinghua University, Beijing, P.R. China. From 1984 to 1999, he was the NEC Corporation's private chair holder at Purdue University. He is the author or co-author of 587 research publications including 327 journal papers, and is the author or editor of 57 books. His publications have appeared in seven languages. He has been the major professor to 68 PhD students. His main research deals with the human aspects of design, operation, and management of advanced engineering systems. Gavriel Salvendy is the founding editor of two journals: The International Journal on Human-Computer Interaction and Human Factors and Ergonomics in Manufacturing and Service Industries. He was the founding chair of the International Commission on Human Aspects in Computing, headquartered in Geneva, Switzerland. in 1990 he became the first member the Human Factors and Ergonomics Society to be elected to the National Academy of Engineering (NAE). He was elected "for fundamental contributions to and professional leadership in human, physical, and cognitive aspects of engineering systems." In 1995 he received an Honorary Doctorate from the Chinese Academy of Sciences, "for great contributions to the development of science and technology and for the great influence upon the development of science and technology in China." He is the fourth person in all fields of science and engineering in the 45 years of the Academy every to receive this award. In 2006, he received the Friendship Award presented by the People's Republic of China. The award is the highest honor the Chinese government confers on foreign experts. In 2007, he received the American Associate of Engineering Societies' John Fritz Medal which is the engineering profession's highest award for his "fundamental international and seminal leadership and technical contributions to human engineering and industrial engineering education, theory, and practice." In the 119 years history of this award he is the only industrial engineering who has ever received it. This award is often described as the "Nobel Prize for Engineering". Special issues of the journals Ergonomics (2003), Computers in Industry (2010), Intelligent Manufacturing (2011) were published in honor of Gavriel Salvendy. Additionally, the Wall Street Journal described the impact of his work in China on university education and manufacturing productivity. He is honorary fellow and life member of the Ergonomics Society and Fellow of the Human Factors and Ergonomics Society, Institute of Industrial and Systems Engineers, and the American Psychological Association. He has advised organizations in 31 countries on the human side of effective design, implementation and management of advanced technologies in the workplace. He earned his PhD in Engineering Production at the University of Birmingham, United Kingdom. Updated: March 2021