Who We Are Ralph L. Sacco 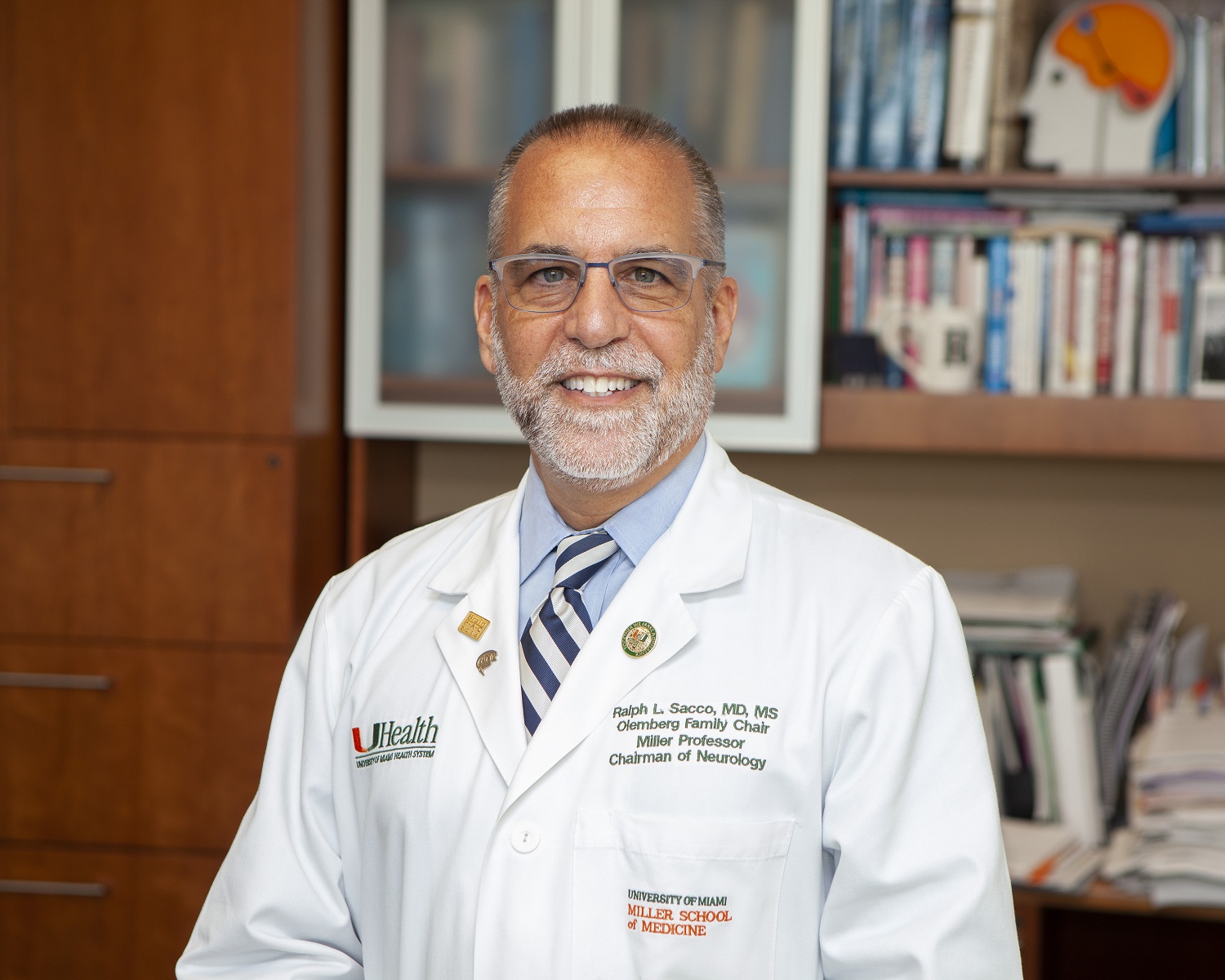 Stroke, cognitive decline, and dementia are rising threats to our aging populations. Key vascular risk factors for stroke and impaired brain health include blood pressure, glucose, cholesterol, as well as lifestyle behaviors such as smoking, physical activity, obesity, and diet and define Life’s Simple 7 and ideal cardiovascular health. The broader concept of brain health has resulted in a conceptual shift from vascular risk factors to a multi-dimensional view of the determinants of brain health. Enhanced adherence to the goals recommended by national and international organizations to shift more of the population to ideal cardiovascular health will be necessary to successfully prevent stroke and maintain brain health for our aging populations.

Ralph L. Sacco, M.D., M.S., is the Chairman of Neurology, Olemberg Family Chair in Neurological Disorders, Miller Professor of Neurology, Public Health Sciences, Human Genetics, and Neurosurgery, Senior Associate Dean for Clinical and Translational Science, Executive Director of the Evelyn F. McKnight Brain Institute at the Miller School of Medicine, University of Miami, and Chief of the Neurology Service at Jackson Hospital System. A graduate of Cornell University in Bio-electrical Engineering and a cum laude graduate of Boston University School of Medicine, he also holds an MS in Epidemiology from Columbia University, Mailman School of Public Health. Dr. Sacco completed his neurology residency and postdoctoral training in Stroke and Epidemiology at Columbia Presbyterian in New York and was previously Professor of Neurology, Chief of Stroke and Critical Care Division and Associate Chairman at Columbia University. Dr. Sacco has published extensively with 726 articles (H-index of 115) in the areas of stroke prevention, treatment, epidemiology, risk factors, vascular cognitive impairment, brain health, human genetics and stroke recurrence. He has been listed as a Highly Cited Researcher in the top 1% of cited investigators annually since 2017 by the Clarivate Web of Science. He has been the recipient of numerous awards including, the American Heart Association Feinberg Award of Excellence in Clinical Stroke, the NINDS Javits Award in Neuroscience, and the AAN Wartenberg Lecture Award. He is the current Editor-in-Chief of the American Stroke Association journal, Stroke. He was the first neurologist to serve as the President of the American Heart Association (2010-11) and a past President of the American Academy of Neurology (2017-19). He is also an elected member of the National Academy of Medicine and the Association of American Physicians.